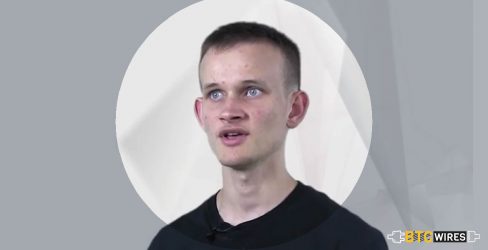 Vitalik Buterin, Ethereum co-founder, is currently speaking out about the two transactions (totaling at over $5 million) that spellbound the crypto community, clarifying that they could be a part of an elaborate blackmailing scheme.

Earlier this week, it was reported that one wallet spent 10,668 ETH as a charge for a generally small 0.55 ETH transaction – worth about $130, which is based on the current Ethereum price.

The massive $2.5M fee lighted speculation via web-based networking media concerning what could have caused it.

The one thing that speculators broadly settled upon was that the source wallet was possessed by a cryptocurrency exchange, and the recurrence of active transactions seemed to affirm this.

Soon after this happened, another occurrence of a comparable nature occurred, with the source wallet once again sending a generally small ETH transaction with a multi-million-dollar expense.

Research firm Glassnode talked about this in an ongoing post, clarifying that the fee – worth about $2.5M at the time of writing this post – was indistinguishable from the past anomalous transaction.

“A second incident of an Ethereum transaction with enormous fees occurred today. Both transactions were broadcast by the same address, and had an identical fee of 10,668.73185 ETH. The first tx was mined by [SparkPool], the second was mined by Ethermine.”

Ethereum co-founder Vitalik Buterin has now revealed some insight into what the driving force of the $5 million+ tx fees could have been.

He noted in a recent tweet that it is a possibility that detestable actors had the option to increase an exchange wallet’s key, taking steps to consume a massive amount of the cryptocurrency in tx expenses except if they get pay.

“So the million-dollar txfees *may* actually be blackmail. The theory: hackers captured partial access to exchange key; they can’t withdraw but can send no-effect txs with any gasprice. So they threaten to ‘burn’ all funds via txfees unless compensated.”

Kapil Gauhar is the founder of Blogger’s Gyan. He is a Passionate Blogger, a Big Thinker and a Creative Writer. His passion for doing friendship with words and letting people know about the wonders of the Digital World is what motivates him to take writing as a career.

Building a framework for business networks anchored by blockchain