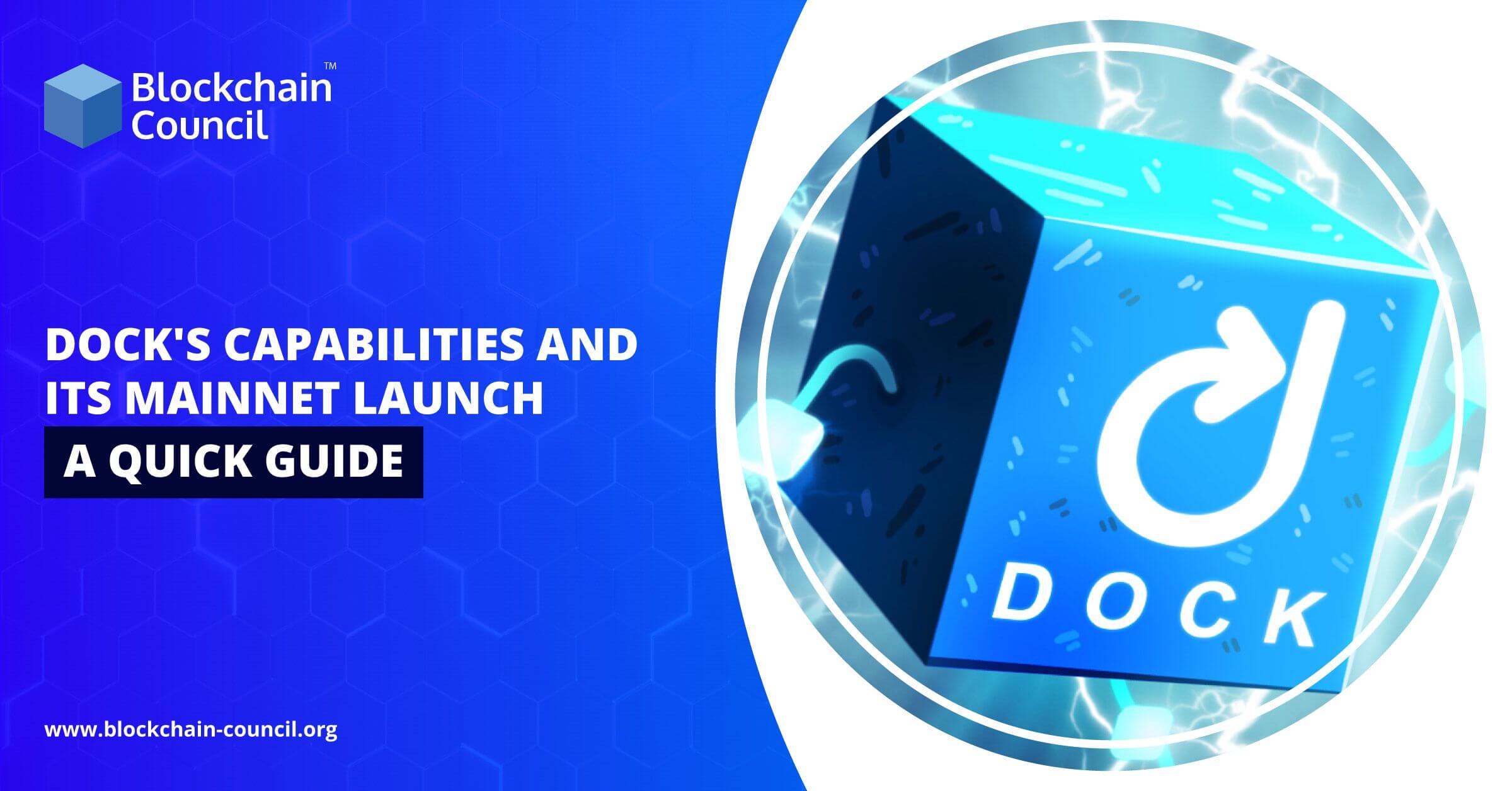 In this article, we will talk about Dock and its capabilities, focusing on its mainnet launch. Curious? So let’s get started!

Dock is a remote company with a globally dispersed team that aims at creating a better future world driven by safe, independently owned verifiable credentials by leveraging distributed ledger technology, blockchain. It provides a wide range of tools that enables Blockchain developers, organizations, and businesses to create verifiable credentials. It can also be defined as a one-stop-shop solution for creating decentralized identities and helps in creating and managing credentials.

The majority of organizations currently depend on centralized structures that are easy to construct. This particular verifiable platform was founded in 2017 to enable every entity to create verifiable credentials on a decentralized network that are secured cryptographically.

Want to know all the ins and outs of Blockchain Technology and become a Certified Blockchain Developer? Wait no more! Get enrolled in Blockchain Council now!

How can Dock be Utilized?

Before understanding how Dock can be implemented across various domains, let’s explore the unique features it offers.

Tamper-Proof: Dock use of cryptography for encryption and digital signatures, which ensures that data stored on the blockchain is clear, tamper-proof, and cannot be changed.

Simplicity: Dock is known for its simplicity as it offers a flawless solution to build, manage, and present credentials.

Let’s now talk about the various use cases of this platform.

Dock networks can prove to be beneficial for all businesses and government authorities for ensuring a legal and compliant supply chain management in terms of genuine products and safe deliveries. Not only this, it helps in leading to significant savings in administrative costs and improved profitability. The Dock Network can reconstruct the entire process of the supply chain by providing cryptographically verifiable credentials that are impossible to imitate.

Verifiable with Dock has built an ecosystem that allows issuers to build digital verifiable credentials and a mobile app for real-time storage, sharing, and immediate verification by individuals. Initially, to develop their credentialing solution, Verifiable began working with existing standard Blockcerts coupled with the Ethereum blockchain. But later, it collaborated with Dock, which provides a simplified toolkit, advanced functionality, and even greater scalability and fee control. Verifiable with Dock aims at streamlining the healthcare credential verification and monitoring process.

We all know the hiring process is cumbersome. Dock network can streamline the entire hiring mechanism by providing cryptographically verifiable credentials, thus easing the task for one and all. It allows employers, organizations, etc. to have DIDs on the blockchain network and revoke credentials that reflect the candidates’ skills. Such credentials can then be verified quickly and accurately, unlike manual processes that are time-consuming and not tamper-resistant. Moreover, by utilizing Dock network, we can expect that end results will lead to enormous savings in administrative costs and, most importantly, increased trust in the talent pool due to variable credentials.

Dock, which seeks to solve the complicated issues that the credential industry faces, has announced the launch of its blockchain mainnet. Built explicitly for verifiable credentials, the mainnet will enable issuers to create their own DIDs to authenticate their credentials. Moreover, it also enables recipients to control and retain ownership of their credentials as well. This network seeks to ensure that transaction costs are minimal by providing a special-purpose blockchain, and there is no effect from unrelated operations, unlike many public blockchains.

The launch of Dock’s mainnet represents the achievement of another critical milestone in the roadmap of the company. In the upcoming months, the team plans to begin a token migration from its current ERC20 token system to a native token running on the new Dock Mainnet. Moreover, the network will integrate decentralized network governance and will also enable the Dock network to be self-sustaining.

Data faces various problems of inefficiencies, incompatibilities, and inaccuracies. By leveraging Dock’s blockchain technology, organizations and institutions can issue digital credentials that are cryptographically secure and verifiable globally. In order to promote its mass adoption, Dock incorporates credentialing standards from the World Wide Web Consortium (W3C), which ensures that data is captured in such a way that it is optimized for securing and sharing the data across the internet. As the Dock team has been working swiftly, the team has also established the Dock Association to oversee the entire network’s development and promotion.

How Long will it Take to Learn Blockchain? –