Home BITCOIN [Suggestion] Getting People to Use the Blockchain Without Realizing It Is the Best Way to Bring Mass Adoption! : btc 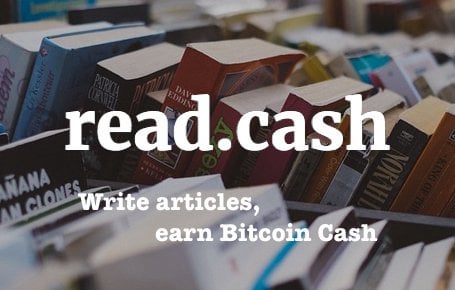 With the way cryptocurrencies are right now, it seems that the entire market is taking an “investment first” approach, and holding coins as a part of their “portfolio” instead of actually using them to spend on goods and services (as cash). When most people think of Bitcoin, they think of it as an “investment” or “digital gold”, and this incentivizes them to hold their coins rather than use them. It encourages low velocity of money which is bad for the security of the network. As the block reward goes to 0, transaction fees are needed to support the miners. With the investment approach to blockchains and cryptocurrency, it seems like the peer-to-peer cash use-case of crypto has more or less ‘vanished’.

This made me think about how the cash use-case could potentially come back in cryptocurrency, and it gave me an idea: make people use Bitcoin Cash as peer-to-peer cash without realizing it. I looked through some old posts in r/btc and a post by reddit user singularity87 stood out to me: making the standard denomination “bits” to refer to 1/1,000,000th of a BCH, and changing the ticker to “BIT”. While I don’t agree with the ticker, I think the idea of having the standard denomination changed to bits is a great idea for the use-cases of apps. This can technically be integrated seamlessly is a way where people don’t know they’re using BCH, but they’re using it.

An example would be a social media website, similar to read.cash or member.cash, but everything is denominated in bits, including tipping and wallet balances. With the value of a “bit” being small, people will not really think of it as an investment, but rather “internet change” or “tokens”. This will incentivize them to spend their coins on tipping and subsidize fees on the network. When they receive their bits, they are free to withdraw them, and cash out using many nethods such as “PayPal”, “Zelle”, “Venmo”, or “CashApp”. The experience should be sealmess, so that people are incentivized to use the app, and it creates a stronger fiat on-ramp.

If a user wants to withdraw their bits, they can download a wallet app that stores bits. When opening the wallet app, they register a cash account and can send to other cash accounts, which is far more intuitive than the current address formats. It would be similar to adding someone on facebook, where the is a search engine that shows results as you enter the cash account names. On top of this, I think it would be nice to give users the choice to pay fees in percentage (to support the network), or pay by transaction size.