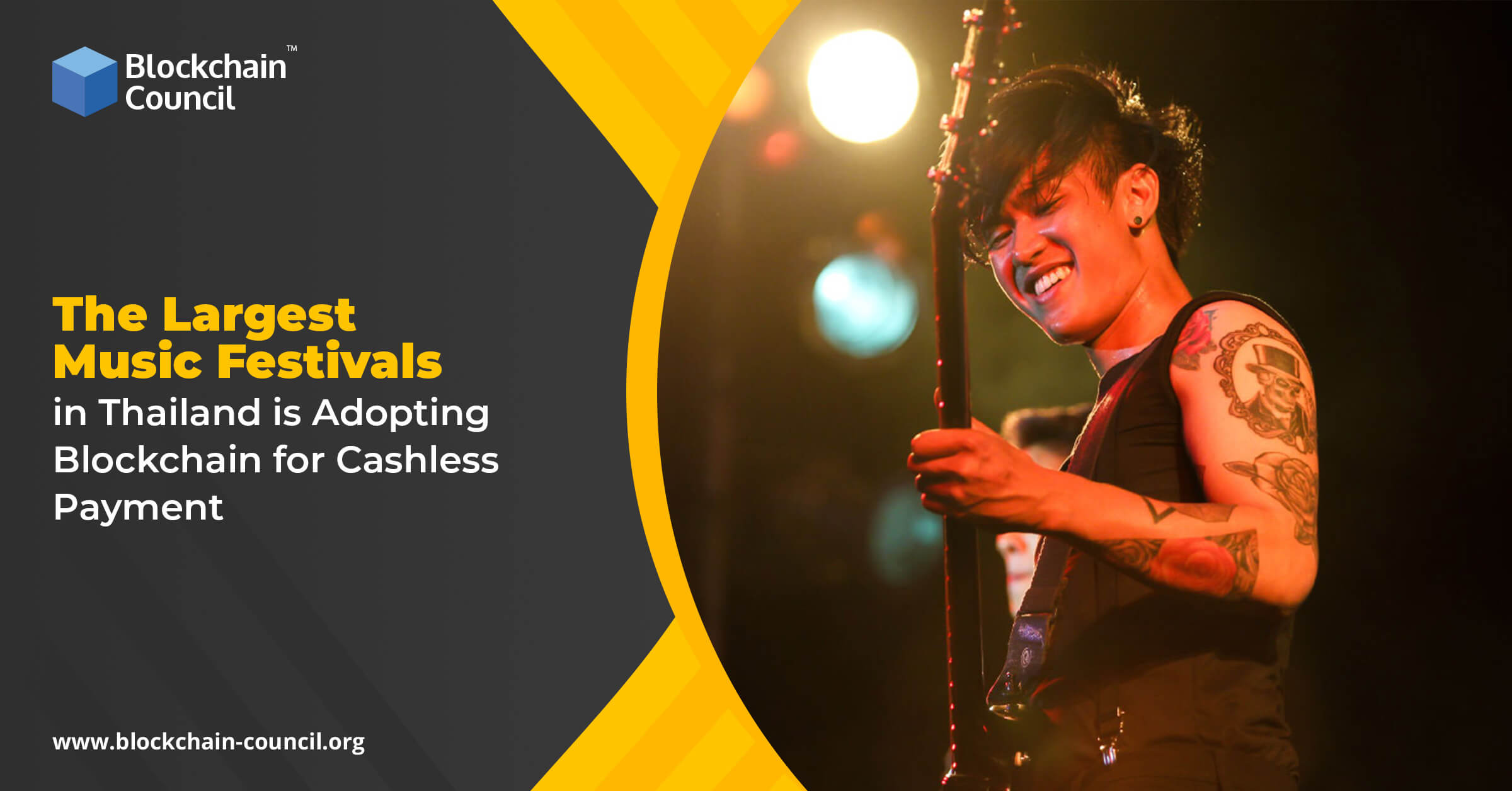 According to the latest announcement, Mystic Valley, one of the largest music festivals in Thailand, will be issuing its own token for enabling cashless payments during its forthcoming three-day event that will run from Nov. 27 to Nov. 29, 2020. Instead of postponing or cancelling their global event due to pandemic, the music festivals in Thailand are adopting innovative technologies like Blockchain for cashless payment.

The plan is set in order to limit close contact between attendees due to the ongoing pandemic situation. The cashless payment system powered by distributed ledger technology (DLT) will allow individuals in the event to perform financial transactions safer and smoother.

It was announced that Mystic Valley has collaborated with a local cryptocurrency exchange, named ‘Bitazza’ and a Blockchain startup named ‘Fuse.io’ to allow its own crypto token, ‘MYST.’ This new token will help in eliminating paper money, which will result in a smoother, safer experience for one and all. Moreover, this token will enable financial transactions for various purposes, such as payments made to food and drink vendors and merchandisers in the upcoming event.

The other benefit that this token will provide is that it will reduce costly fees charged by major point-of-sale systems. It was further noted that users will be able to exchange the remaining amount of tokens for fiat currencies.

Moreover, with these tokens, attendees will be able to buy tickets with vital cryptocurrencies like Bitcoin, Ether (ETH), and the stablecoin Tether.

Several Players that Entered into a Crypto Space

Developments in Blockchain technology are attracting major artists worldwide in the music industry. In October 2020, it was announced that the crypto-powered decentralized music sharing service, named ‘Audius,’ has distributed 50 million of its native tokens (AUDIO tokens) to artists and listeners on its platform. Moreover, it was announced that Audius had raised almost $10 million so far.

In late September 2020, it was announced that Sensorium Galaxy, a virtual reality platform, has signed French DJ David Guetta that explores how users will save their profiles on the platform. The platform is not yet released and is expected to be launched in the next year.

Apart from this, several other players have entered into the crypto space, including rockstar Gene Simmons.

ETH 2.0 set to introduce Dec. 1 when late surge in deposits

A look at the business in blockchain-anchored business networks | by Codezeros | Nov, 2020